Office 2010 is one of the most popular versions of the venerable office suite. In fact, as recently as 2017, a survey showed it was in use among 83% of organizations around the world. In spite of that, Microsoft has officially ended support for Office 2010, as well as the corresponding Office 2016 for Mac. 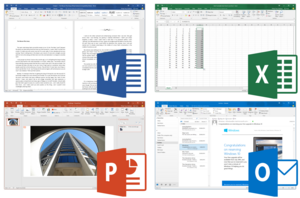 Microsoft Office For The Mac

Microsoft discontinued its two popular products, Office 2010 for Windows and Office 2016 for Mac. An official announcement says that the software has today received their final updates, and won't get them any longer.
The post points users to the latest available Office 2019, and also offers Microsoft 365 online services as a replacement for the traditional offline versions.

Both apps have the classic perpetual licensing model that assumes that you can use them offline. They do not require a subscription.

Well, if you are not happy with newer products Microsoft is selling these days, you can stay with Office 2010, and continue using it as long as you need. Keep in mind however that sooner or later, it may become vulnerable without receiving security patches. The secure modern apps will require you to regularly pay for a subscription plan.

You can read more details regarding this change in this official blog.