How much do you know about APFS vs Mac OS Extended? Which Mac file system should you choose? How to format hard drive for Mac? If you have similar questions on your mind, please read this page carefully to find answers; the main differences between APFS and Mac OS Extended file system and several ways to format a hard drive (internal/external) on Mac will be introduced.

Mac (formerly known as Macintosh) refers to the personal computers that are designed, manufactured, and sold by Apple Inc. MacOS is one of the most popular operating systems in the world; it’s the main competitor of Windows. 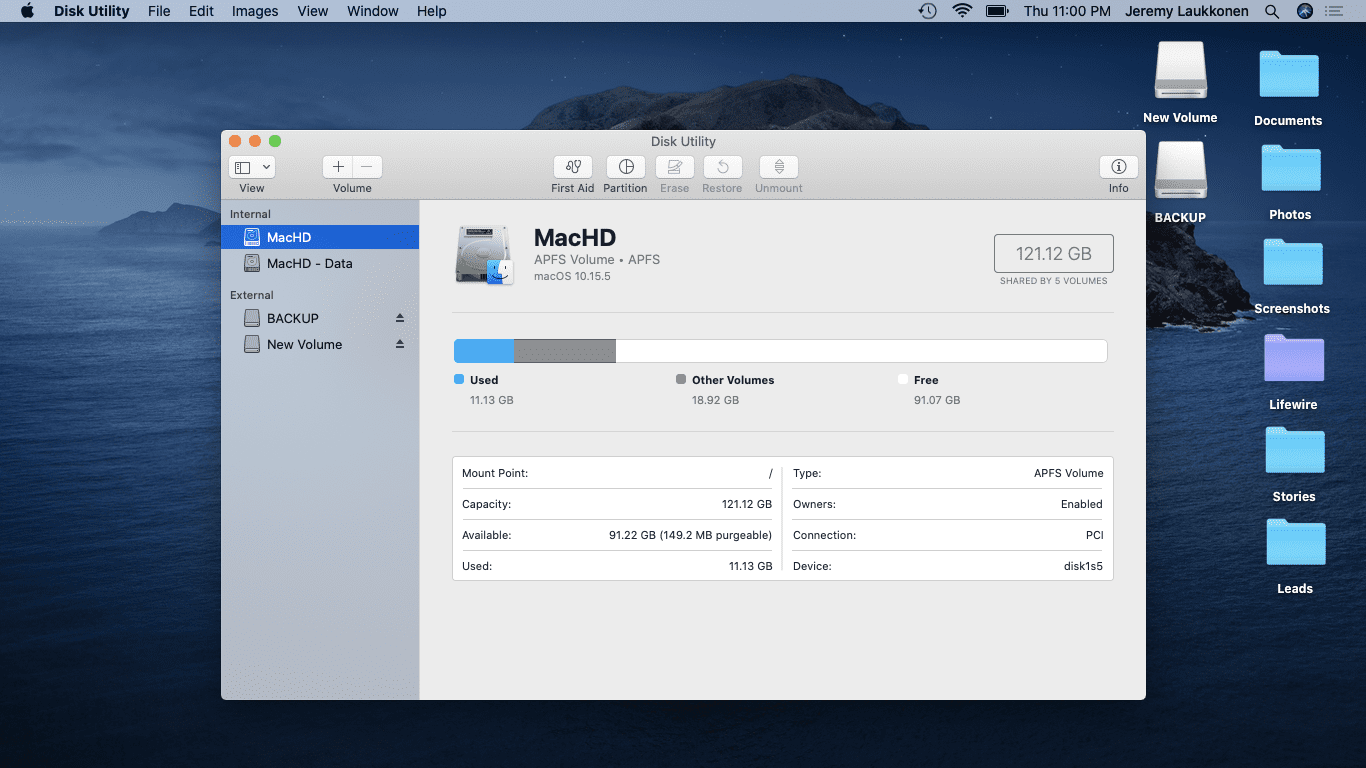 So you may ask what are the differences between APFS and Mac OS Extended, right? The following content first discusses on APFS vs Mac OS Extended; after that, it will tell you how to format a hard drive for Mac in several different ways.

Tip: Do you know MiniTool Solution? It is a company devoting itself to developing software for different purposes (data recovery, disk management, system backup, etc.) and keeping them updated regularly.

In this part, I’ll first introduce APFS and Mac OS extended to you. Then, I’ll compare these two file systems used on Mac for you in brief.

What Is APFS Format

APFS (the full name is Apple File System) is a proprietary file system released by Apple Inc. It can be used on different devices running macOS High Sierra (10.13) and later, iOS 10.3 and later, all versions of iPadOS, watchOS 3.2 and later, or tvOS 10.2 and later. APFS is a new file system which was originally designed by Mac to fix core problems of Mac OS Extended.

What Is Mac OS Extended (Journaled)

Mac OS Extended, also known as HFS+, HFS Plus or HFS Extended, is actually a journaling file system released by Apple Inc. It was released in 1998 to replace HFS (Hierarchical File System, also known as Mac OS Standard or HFS Standard), which is the previous primary file system in Apple computers. Two main advantages of HFS+ when compare to HFS are: a. it gives support to much larger files; b. it uses Unicode for naming items.

Part 2: Which Is Better, APFS or Mac OS Extended

APFS vs HFS+ vs HFS:

APFS file system was announced in June 2016 to replace HFS+ (also known as HFS Plus or Mac OS Extended); the latter was used on all Mac computers as the primary file system since 1998 to replace the previous HFS.

When compared to Mac OS extended, APFS has been optimized a lot in terms of encryption, so it’s more suitable for flash and solid-state drive storage. APFS becomes the default file system for both for SSDs (Solid State Drives) and flash drives.

But don’t worry, you can still use the APFS on mechanical and hybrid drives.

To gain quality but free USB data recovery service, you should use MiniTool Power Data Recovery Free Edition; this post tells you how to recover USB data.

There are two main highlights in APFS.

1st: fast speed. Copying and pasting a folder on APFS drive can be finished in an instant since the file system points to basically the same data twice.

2nd: reverse compatibility. If you are running 2016’s macOS Sierra or the later versions of macOS, congratulations, you have both read and write access to APFS, HFS +, and HFS file system. However, for users who run an older Mac (or a Windows operating system), they are not allowed to write to APFS-formatted drives.

Besides, you should definitely choose Mac OS Extended when you reformat external hard drive Mac considering that it may be used on older Macs running El Capitan or earlier versions of macOS. As you know, the new APFS file system is not compatible with these old macOS versions.

Note: It seems that Apple won’t spend much time in improving the HFS+ in the future. The APFS will be the new and future file system for Apple devices; it’s likely that Apple will add more features to APFS and keep improving it for better security and user experience.

Please ask yourself the following questions when you choose between APFS and Mac OS Extended:

Though the file system of main system drive on Mac is confined to APFS and Mac OS Extended, you can still consider exFAT (or the older FAT) when you format an external hard drive on Mac.

The most obvious benefit of using exFAT is that it can work with both Windows and macOS computers (you have both read and write access to the exFAT drive). Although there are solutions to read Mac formatted drive on Windows or read a Windows formatted drive on Mac, formatting drives to exFAT is still a convenient thing and an economical choice.

Part 3: How to Format Hard Drive for Mac

Users shouldn’t reformat the disk that built-in Mac causally unless they have special needs and they are professional enough. So this part will focus on how to format external hard drive for Mac by using the snap-in tool: Disk Utility (it can be used to format & manage both internal and external hard drives as well as disk images).

Warning: You are strongly advised to back up at least important files on the disk before formatting it since the formatting action will damage all files saved on the target drive. Two ways to backup files easily on Mac is: copying & pasting files to another driver and using Time Machine. In addition, you can use the Restore feature to erase a drive and then replace its contents with the files from the drive you want to backup.

How to format an external hard drive for Mac? Please follow this guide.

Note: Please start up from macOS Recovery and then choose Disk Utility in the macOS Utilities window if you really want to format the startup disk or startup volume.

Please click on the View icon in the upper left corner of Disk Utility window. After that, please select Show All Devices from the drop-down list.

Please connect the external hard disk in advance and make sure it’s appeared on Mac. Then, select the disk that you want to format from the left sidebar. After that, you should click on the Erase button in the right pane. 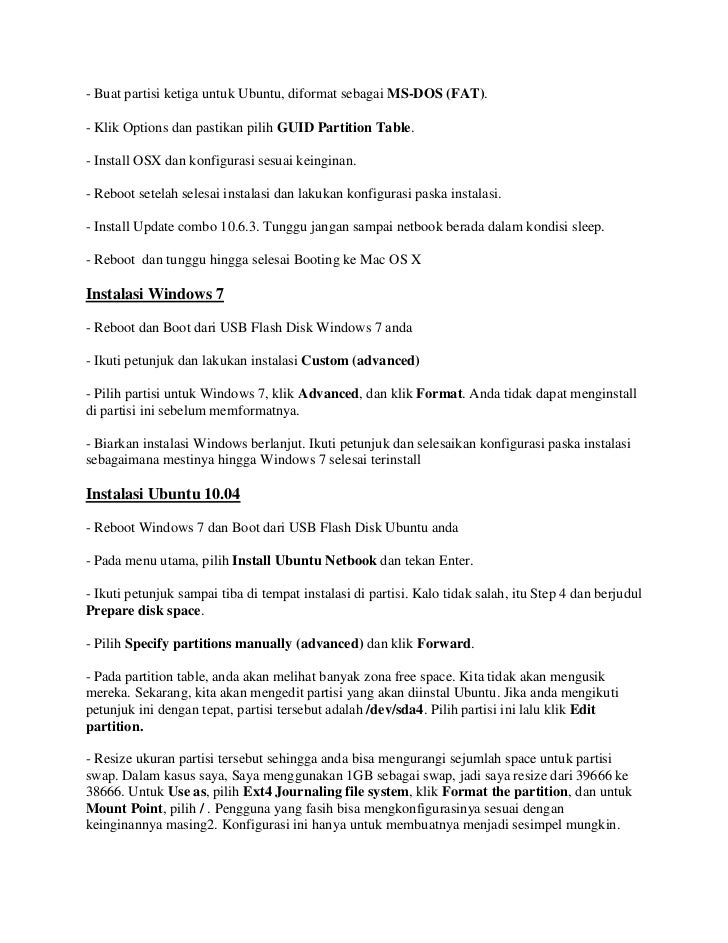 You can now start to use the formatted disk. Arena simulation for mac os high sierra. Please click here to know how to format a disk for Windows computers in Disk Utility on Mac.

The file formats available for you to choose are:

Click here to know more about the differences between these file formats.

That’s how to reformat a disk on Mac by using Disk Utility (the steps to reformat MacBook Pro are the same). Of course, there are also many third-party tools you can download to format the disk on your Mac.

How to Recover Formatted Hard Drive on Mac

Tip: If you have backed up the disk data by using Time Machine in advance, you can also perform Mac hard drive recovery by using this snap-in tool.

Both APFS and Mac OS Extended are popular file systems supported by Mac computers. If you don't know which one is more suitable for you, please read part 1 and part 2 carefully (the advantages & disadvantages of these two Mac file systems are included). Part 3 teaches you how to format a hard drive for Mac by using the snap-in Disk Utility; besides, it offers an easy method for recovering data from a formatted drive on Mac. Hope this can help you decide which one to choose: APFS or Mac OS Extended, and prevent your important data from getting lost.