Fans of James Cameron's Avatar can enjoy an enhanced gaming experience from the Patch.

Avatar is a science fiction story set in the 22nd century, with a narrative set in the lush, resource rich jungle planet of Pandora. The protagonist is an ex marine who is sent on a mission in an 'avatar' of a Pandora native, the primitive and peaceful Na'vi, in an attempt to plunder the planet's resources on behalf of the RDA corporation.

The game's narrative is set two years prior to the movie story line. The main character, Ryder is a signals specialist who is so suited for the Avatar program that he controls a synthetic version of a native Na'vi. Ryder is given a choice early in the game of siding with the thuggish marines who fight for the avaricious RDA corporation, or the Na'vi natives who have grown (justifiably) suspicious of all things human and RDA. Two different narratives and series of missions and tasks are offered, depending on which side the player elects to fight with. 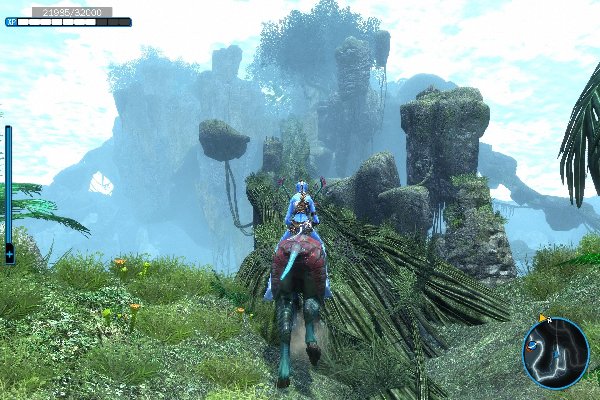 PC game fans of Cameron'e ecological themed alien adventure can look forward to a host of improvements in the windows version of the game with this patch. Initial release bugs and crashes have been eliminated by the patch from developer Ubisoft. For example, the multi monitor view mode now offers more improved player support. Established users who type in an incorrect password on their own device no longer have as much difficulty logging in.

Fans who enjoy a high volume gaming experience will be pleased to learn that crash issues during audio output exceeding 48 kHz have now been eliminated. The Ubisoft game is no longer stuck in cinema screen mode during the 'Cloud Walk' quest portion of the game. Shutdown issues with the video card that caused delays when restarting the game have also been consigned to oblivion. The 'Display Options' menu now includes a Force Widescreen FOV option for increased gamer choice. Various shader flickering defects are also eliminated, as well as images of Pandoran vegetation in a low or medium quality resolution. Random crashes which so frustrated users on the initial release are also removed,and task switching support has also been improved, leading overall to a superior gaming experience.